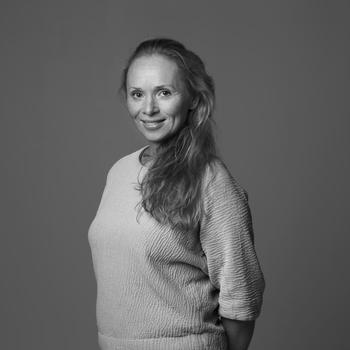 Thora studied at the Reykjavik Academy of Singing and at the Guildhall School of Music and Drama with Laura Sarti and graduated from the Guildhall’s Opera Course. She completed a MA degree in Arts Education from Iceland Academy of the Arts. She has received the order „Ridder af Dannebrogsordenen“ from the Queen of Denmark and „Order of the Falcon“ from the president of Iceland for her contribution to music and performing arts.

At the Icelandic Opera Thora sang Tatiana in Anthony Pilavachi’s new production of Eugene Onegin conducted by Benjamin Levi. Her other roles at the Icelandic Opera include: Mimí, Michaela, Gilda, Adina, Pamina, Zerlina and the title role in a new opera by Gunnar Thordarson Ragnheiður. Thora was a member of the ensemble at Staatstheater Wiesbaden form 2000-2008 where here roles included: Euridice (Orfeo ed Euridice), Elmira (Creusus), Cleopatra, Ilia, Pamina, Susanna, Zerlina, Woglinde, Waldvogel, Ortlinde, Marzelline and Ännchen. At Opera North she has sung the roles of Pamina, Nanetta, Susanna, Barbarina and Duende (The Nightingales to blame).

Thora has an extensive experience as a Lied and Oratorio singer, and has performed in concerts with, Orchestre de la Suisse Romande, Beethoven Orchester Bonn, Essener Philharmoniker, London Philharmonic Orchestra, Bach Collegium München, and Helskinki Baroque Orchestra and many others.

Thora has been leading the voice department at Iceland Academy of the Arts since 2014. Her research interests include excellence in higher music performance education, collaborative teaching, the one-to-one learning context and mentoring.