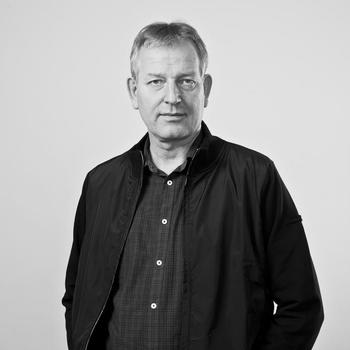 Hródmar I. Sigurbjörnsson´s music career began at 15 when he joined the pop-band Melchior, performing a sort of non-electrified pop/rock melange with a touch of the classical tradition. Later, Mr. Sigurbjörnsson studied guitar and graduated from the Sigursveinn College of Music in 1982. In 1984 he graduated from the department of Theory and Composition at the Reykjavík College of Music, where his principal teachers were Thorkell Sigurbjörnsson and Atli H. Sveinsson. In the autumn of 1984 Sigurbjörnsson continued his studies under the supervision of composer Joep Strasser at the Utrecht Conservatory in Holland, graduating in 1988.

Since 1988, Mr. Sigurbjörnsson has worked in Iceland as a composer and music teacher. He has made choral arrangements and composed music for theatre, film and TV, as well as producing over 60 compositions: chamber music, choral works, songs and solo pieces, an output which is varied and includes serial compositions, twelve-tone compositions, arrangements of Icelandic folk-songs, and melodic compositions such as the song cycle Stokkseyri, written for countertenor and chamber ensemble.

Mr. Sigurbjörnsson´s ouvre includes Symphony of Songs for solo voices, choir and orchestra, nominated for the Nordic Music Council Prize in 1991, Variations for piano, chosen for the ISCM festival in 1990 and Septet and a Mass for solo voices and choir.