The aim of the Programme in Acting is to graduate open-minded and creative artists who possess the technical skill and knowledge the contemporary performing arts environment calls for. There is an emphasis on sparking interest and courage in students to engage with the diverse subjects of the Programme. It is important that students become independent, self-disciplined and professional, that they can work alone as well as in a group, that they challenge themselves to think outside the established framework and that they have full command of the acting techniques on which the Programme is founded.

In the first year of the Programme in Acting, students get a good foundation in the technical disciplines. They are taught voice projection, movement and dramatic interpretation, in addition to the history of theatre and singing based on the Complete Vocal Technique. The theories used in dramatic interpretation are mainly based on the methods of Konstantin Stanislavski and his heritage, although other approaches are also used. Communal courses for all programmes in the Department are an important part of the Programme during this period. Students also sing in a choir that is run at the Department.

In the second year, work continues on deepening students’ technical knowledge in all areas. Alongside classes in singing, choir, voice projection and movement, students receive teaching and training in performing the works of the ancient Greeks, Shakespeare and physical theatre. In the second year, students are also taught film acting and the working methods that medium calls for.

The third year is dedicated to processing. The focus is on enhancing students’ understanding of the theatre‘s different methods. Students are still taught the technical disciplines, such as voice projection, movement and singing, but the encounter with the audience is now given more importance. Large courses, where students engage with plays from the 20th century, classic and devised methods, are completed with performances before an audience, under the auspices of the Student Theatre. The year ends with a formal graduation production. 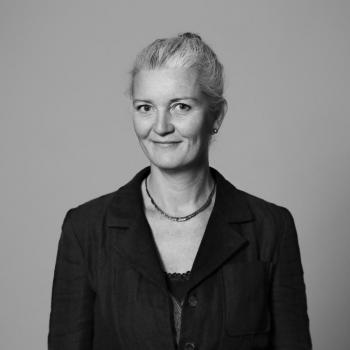 Arts education provides the student with a good backpack for a long and unpredictable journey. It is important to take off with something to eat, the right kit and have a pretty good idea where your heading.

The Acting Programme focuses precisely on this goal: to provide young artists with the neccessary skills to travel into the exciting landscape of the performing arts. The basic elements of acting studies are based on old traditions, but students are also introduced to fresh ideas and methods. While human nature doesn't change the "staging" of our excistence changes constantly.