The online exhibition Funny People is a graduation project curated by Amanda Poorvu. The exhibition opens online on May 12 at 12pm GMT and can be accessed at funnypeopleexhibition.com.​

Funny People pairs artworks, text, and external media in a conversation dissecting normative expectations around gender. The show’s discourse lies in fundamental theory on gender performance, intersectional feminism, and compulsive heteronormativity placed in the context of contemporary online culture. Inspired by the networks of the internet, the show directly tracks the nonlinear habits of web research and this panoptic presentation invites the viewer to investigate a narrative out of their own volition.

Regn Sólmundur’s video performance and Noah Kantrowitz’s screenprint inspired by Ursula K. Le Guin’s 1969 book The Left Hand of Darkness examine the origins of the word “queer” as a derogatory term meaning “strange” or “funny” used against gender and sexuality non-conforming people and inquire how the association with being funny in turn becomes demonizing. Textile artist Ýrúrari knits surreal facemasks inspired by media that allow the wearer to articulate an identity of their choosing. The show looks at the pop culture trope that requires one to either be attractive or to make up for this lack by being amusing or having entertaining personalities. Auður Lóa Guðnadóttir’s Sports series, referencing the fitness craze of the 1980s, points out the paradox in this trope by acknowledging the ever-changing and gender-specific standards that make it impossible to fulfill this definition of conventional beauty. Guðmundur Thoroddsen and Rakel McMahon further negotiate the legitimacy of “masculinity” as a synonym for power in irony-laden images, emphasizing the toxicity of prohibiting male vulnerability. Kristín Gunnlaugsdóttir celebrates the often discredited work of motherhood and domestic labor, depicting her subjects in the style of a symbolic icon painting. Hildur Henrýsdóttir flips power dynamics in her appropriation of Yves Klein’s 1960 Anthropometry performances by taking on the role of the artist, subject, and material as she reclaims control of her own body. Maria Sideleva’s screenprints Revelation Anonymous discuss the naked body or the “nude” as an expression of gender or sexual liberation in retaliation against increasing censorship online. With its centering element of humor, the artists in this show question gender roles and hierarchy, challenge beauty standards, and argue for body autonomy by making serious assessments in pointing out the absurdities of reality. Works and ideas are supported by contributions from Eva Lín Vilhjálmsdóttir, Eyja Orradóttir, Liz Correll, and Yasmin Morgan.

Funny People is a graduation project under the supervisor of Becky Forsythe. This is the first graduating class of the new MA program in Curatorial Practice at the Iceland University of the Arts taught by Hanna Styrmisdóttir.

Funny People explores tongue-in-cheek critiques of gender norms through humor, online culture, and technology. The show examines the derogatory origins of “funny” as a derogatory term meaning “strange” or “odd,” and its relationship to the word “queer” used against gender and sexuality non-conforming people, inquiring how this association with being funny in turn becomes demonizing. It also dissects the pop culture trope that requires one to either be attractive or to make up for this lack by being amusing or having entertaining personalities. Lastly, the show discusses the naked body or the nude as an expression of beauty and gender or sexual liberation in retaliation against increasing censorship online. With its centering element of humor, the artists question gender roles and hierarchy, challenge beauty standards, and argue for body autonomy, making serious assessments in pointing out the absurdities of society. Thus, they themselves are funny people.

Each of the artists reference material found through their own internet discovery or the use of technology itself and their works are then placed back into the current cyber dialogue in a webpage format. Virtual spaces are especially formative when it comes to expressing, performing, or discussing gender. Since the creation of the web 2.0, the ability to post, like, and share on social media gave way for every individual to have a stage: a platform on which to present oneself. These live, ever-changing feeds are also reflective of one’s idea of the self, where it too, refreshes, with new additions, subtractions, and amendments, made each time. This notion contradicts the belief that identity is an internal “truth” inherent to us, and that we reveal it through the simple application of labels. In a world inundated with scrutiny policed by normative definitions of gender, the internet allows for a level of freedom beyond what is afforded outside of the computer screen.

The dialogue around gender is typically made in opposition by way of separating into a binary, split into “men” and “women,” but the actuality is more divided than this, with millions of gender identities and expressions and more than two biological sexes. Delia Chiaro and Raffaella Baccolini write in the introduction of their book Gender and Humor: Interdisciplinary and International Perspectives, “...gender, like the notion of “woman,” cannot be monolithic: the idea that gender alone in itself represents a homogeneous category has long been dismantled.” The artists in this show use forms of humor such as irony, memes, and appropriation to criticize existing structures and present examples of what it looks like to break these rules. This playbook of how to distort normative gender expectations first and foremost relies on an individual’s definition and the works’ messages sometimes contradict each other, suggesting a myriad of possibilities for the future. 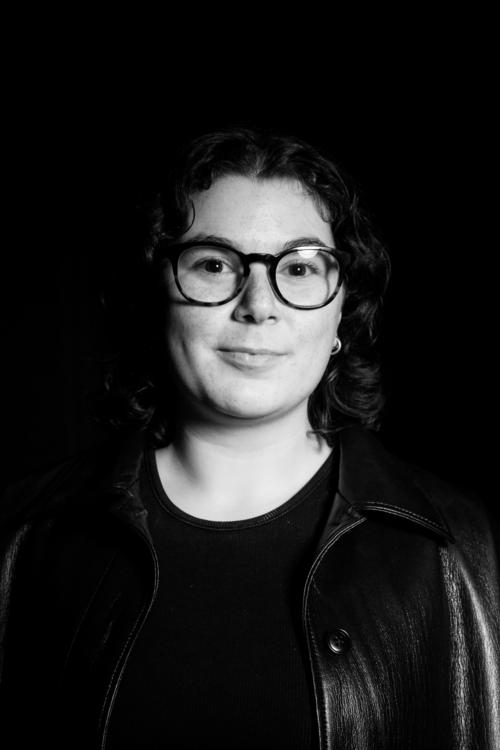 Funny People is an online curatorial project, created by Amanda Poorvu, as a final project for her MA in Curatorial Practice from the Iceland University of the Arts. The exhibition’s format is experimental and seeks to play with digital capabilities provided by an online presence. Each of the artworks, with the exception of Regn Sólmundur’s video, exists in a physical form and this exhibition includes a digital documentation of the work rather than its original format. It should be noted that this project was created in Reykjavík Iceland, by a curator from the United States under Western perspectives of heteronormative gender roles. In this position, there are distinct and opposing cultural expectations and socialization for “men” and “women” and anyone falling outside these categories is deemed “other.”

The exhibition theme seeks to address issues surrounding these gender expectations in today’s digital society. While the idea of exploring or questioning gender identity is not a new development, and it has a long history within many cultures around the world, the western understanding of gender is rapidly creating a new language in the present moment as it enters the mainstream. Until now, these conversations in the West have largely been limited to subcultures, including the LGBTQIA+, Transgender, and Feminist movements. Funny People takes a curatorial look at the social and cultural construction of gender today and questions the use of such binary division. In the book Beyond the Gender Binary, Alok Vaid-Menon reminds us, “Critiquing gender is not the same thing as creating gender. Not talking about it won’t make gender inequality go away; in fact, that’s precisely how this injustice persists.” The artists in this exhibition speak to themes surrounding their own identities and experiences. Some of these narratives do fall under these binary categories but are not meant to be taken as the voice for an entire identity or group of people.

Funny People is built around contemporary discourse, turning to today’s news, pop culture media, and social platforms for research. It aims to reflect these nonlinear navigational habits of online behavior by combining curated artworks with commissioned essays, news and magazine articles, video essays and other videos, podcast episodes, and educational content in one location. The material is included as examples of academic theories pertaining to feminism, queer theory, gender studies, and social studies at large. This style of research has its limits, however, as it is highly dependent on the algorithms specific to a user’s device. Some of the media selected for this exhibition have been sponsored by a company to fund its creation but they are included in this exhibition as independent, public content. Funny People is not directly related to any of these affiliations.

END_OF_DOCUMENT_TOKEN_TO_BE_REPLACED 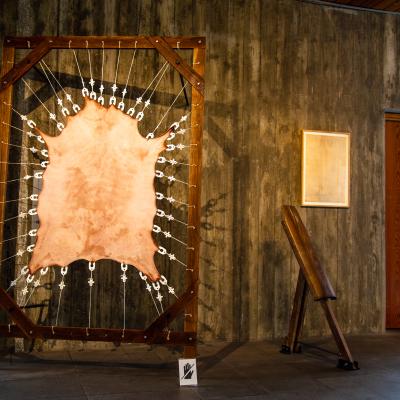 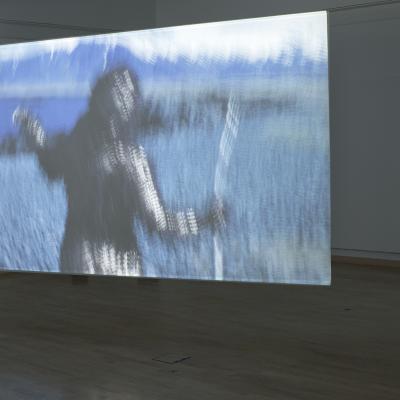 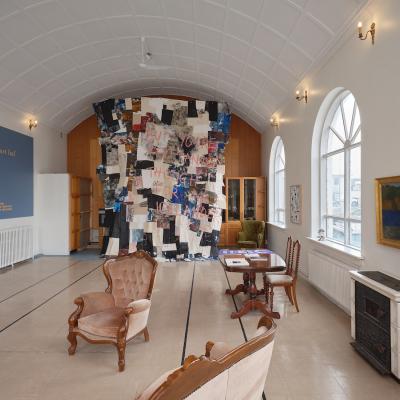 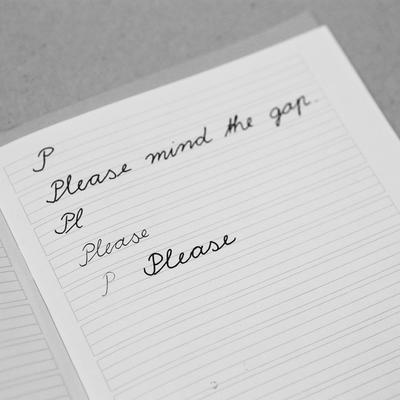 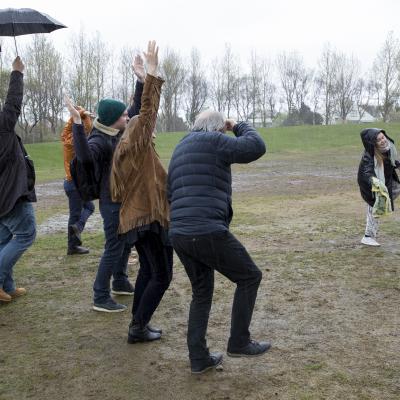 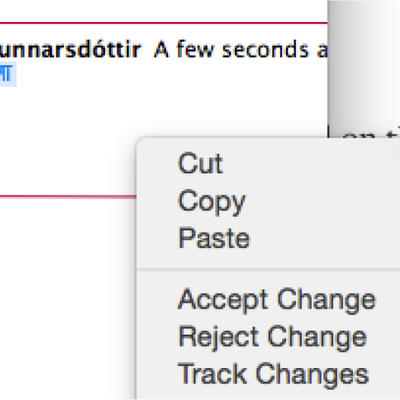 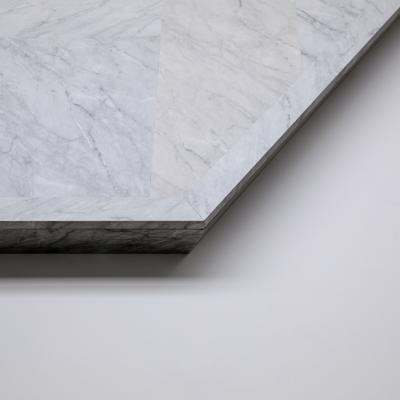 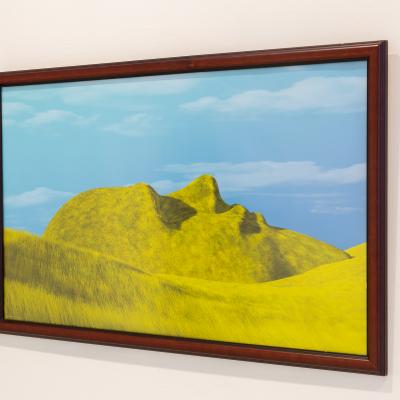